The committee, which is expected to announce in the coming days, will be led by an IT ministry member as well as representatives of the four telecommunication companies operating in the country and Frequency Allocation Board officers.

The committee will fix its fees and other matters, including the auction policy for 5G licenses. The committee was set up under the supervision of Minister of Information Technology, Dr. Khalid Maqbool Siddiqui.

It should be noted that the 5G tested by Jazz and Zong has led to a war between the supporters of the two companies on social media. Although Zong tested 5G in August 2019.

Zong double-checked its 5G performance Sunday after Jazz tested its ‘Fifth Generation mobile technology on Saturday.The test was conducted by Jazz at its headquarters in Islamabad.

In this regard, the company said that with successful HD voice and video calls an average of 452 Mbps downloads and upload speeds of 68 Mbps were achieved. The technical term ‘MBPS’ means the second megabyte used for download and upload speed.

With the approval of the Telecom Regulator Pakistan Telecommunication Authority (PTA), JJ, F8, G7, E7 in Islamabad and its 5G service in the Blue Area will be available for general customers for 20 days.

In a statement, Jazz CEO said that the launch of 5G will meet the needs of future consumers.

Citizens can take advantage of the next generation of fastest Internet speeds through their 5G devices.

In addition, Zong successfully completed its first 5 G video call and reached speeds of over 1.5 GB per second during this test.

In this regard, Zong Chairman and CEO Wang Hua said: “We will use more technology and advanced facilities to make Pakistan one of the most digitally connected countries in the world.”

It should be noted here that Telenor is also going to announce its 5 G test in the near future and a company official said that a petition has been submitted to PTA for the test trial. 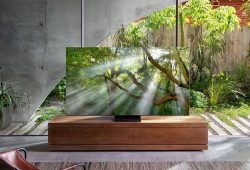